It is important to take care of one's health to avoid getting sick.  We need to take care of our health because this body is God-given.  This is what the celebration of Nutrition Month is all about.
This month of July, St. Francis of Assisi School of Silay City celebrated the Nutrition Month with the theme mandated from the Department of Health as "First one-thousand days ni baby, pahalagahan para sa malusog na kinabukasan." Last July 27, a Zumba Competition was held with the aim to encourage students to be physically fit.  The Freshmen won on high school category and the Grade 5 won on the elementary category. A Nutrition Symposium was held and participated by the people from Silay City Health Center. The main topic was about the prevention of Dengue Fever since this is rampant in the city of Silay lately.  Also, the Ten Kumainments (or the Ten Commandments for Healthy Eating) was also emphasized to promote good and healthy eating habits.
On July 29, the Culmination of Nutrition Month was held at the SFAS covered court. Activities were a Cooking Contest, football games for boys and girls 16 under category and another Zumba Bida contest.  The cooking contest was held to motivate parents and students to cook and eat nutritious food, The Grade 5 group won with a dish of Dulce Lubi (Sweetened Coconut) and the Grade 8-Friendly group won with a Chopsuey (mixed vegetables) dish.  On the Zumba contest, Christian Louie Artillo won.

In terms of nutrition and health, the Bible provides us a good model in prophet Daniel.  On the court of the king, Daniel insisted on eating only vegetables, grains and water instead of meat and wine.  As a result, he looked healthier than his fellow servants and better nourished than those who shared the king's diet (cf. Daniel 1:12-13).

Posted by Micmic Golez at 2:20 PM No comments:

Last July 20, St. Francis of Assis School of Silay City were visited by Japanese students who were sent by the AKO-IKAW Japan-Negros Partnership for Environmental Protection Foundation, Inc. for a 4-day outreach program.  There were eight of them, namely, Miyabi Shibata, Mari Seino, Miai Koyam, Minami Takeguchi, Ayumi Nishigawa, Hinako Yoshida, and their teachers, Sensei Taro and Sensei Makoto Hada.  Their visit was coordinated by SFAS alumna, Jessa Jane Carumba,  who works at the said foundation as a Training Center Manager. 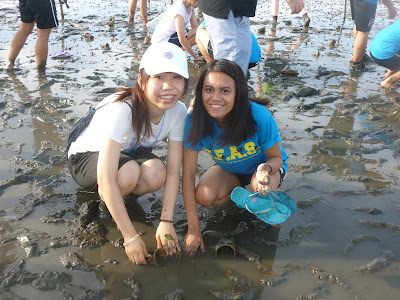 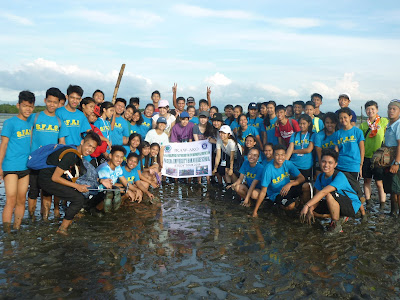 The purpose of their trip was for environmental exposure. The Grade 10 students accompanied them to do Mangrove planting at Sitio Dapdap, Barangay Lantad in Silay and they also went to the Carbin Reef of Sagay City.

Posted by Micmic Golez at 11:06 AM No comments:

Last July 14, the Grade 5 students of St. Francis of Assisi School of Silay City had their one-day recollection with Fr. Salvador Barcelona at the Sacred Heart Seminary in Bacolod City. 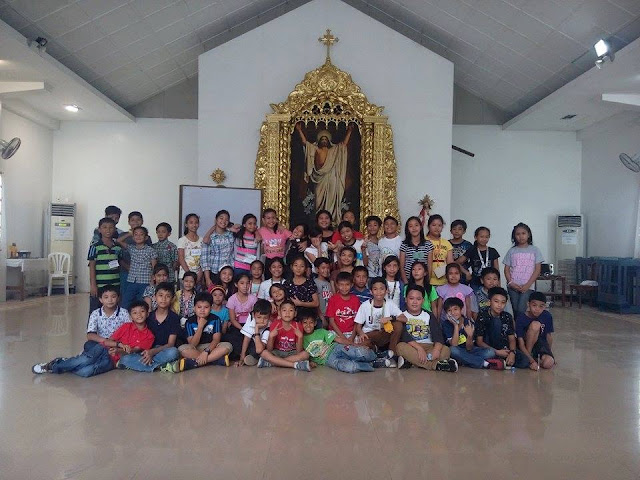 I loved the activity when we looked for a thing to represent my identity.  I picked a dried flower because sometimes I feel sad because I miss my father.  by Donna Grace Duremdes

And I learned how to respect God by praying.  by Nicole Educado

I loved it when we drew God, on how we see God.  I drew trees and a church because that is how I see God. He made beautiful creations and He drew us near to Him by going to church.  by Allysandra Kirstel Guillarda

Posted by Micmic Golez at 2:39 PM No comments:

It was an afternoon lecture and application class open to all but participated mostly by several healthcare providers such as school nurse, clinical instructors and ordinary citizens who wished to know the basics in reviving life.  An actual application of the lecture was performed like CPR (cardiopulmonary resuscitation).

Posted by Micmic Golez at 2:29 PM No comments:

Winston Churchill. Mother Teresa. Margaret Thatcher. Steve Jobs. Mahatma Gandhi.  What did all of them have in common? 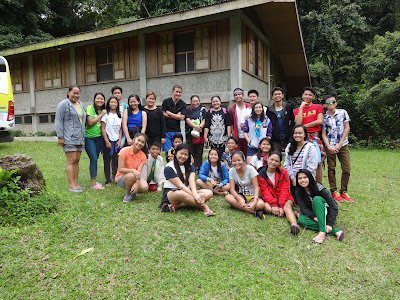 They were great leaders in their own fields as not only did they inspire many people to forge ahead during troubled times, they also left a lasting legacy.  The great work they accomplished will be admired and evaluated for generations to come.   It is the 21st century now and as they were great in their times, in this modern world today, we will be achieving greatness, too. 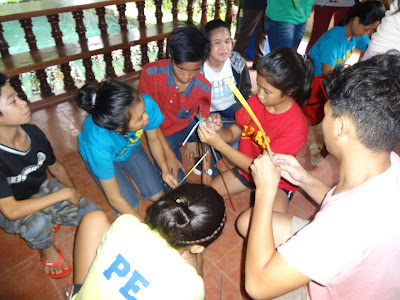 "With great powers come great responsibilities." This is a famous line from the movie, Spiderman. Well these 21 young and daring leaders proved that this quote is true.  Fourteen of them were elected class president and vice-president of their respective grade level: 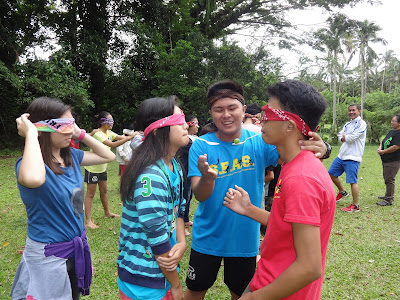 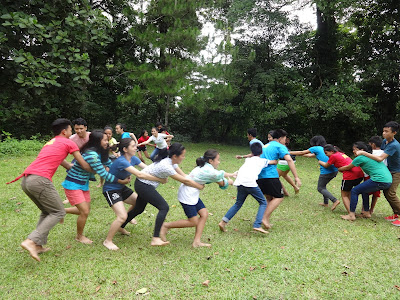 Last July 9, we went on a team building at Forest Springs, Patag Mountain Resort (the last stand of the Japanese Imperial Army in Negros Island where numerous war artifacts were recovered and foxholes and tunnels can still be found).  We had a whole day activity which we truly enjoyed, with games like building tower made of drinking straws to crossing the river game and catching the dragon's tail.  We enjoyed all of it and we learned many lessons and values from it, like working together will make the result favorable to everyone in the team, being patient and understanding and to think positively.   The activity I liked the most is catching the dragon's tail, we were to form a line and the first in line is the dragon's head, the last in line is the dragon's tail. The dragon's head then tries to catch the tail by maneuvering the line around so that he can tag the last player. All the players in the middle do their best to hinder the dragon's head. Don't let the line break.  It was tiring yet fun!

At the end of the day, more than the memories and fun, it was the lessons that we learned that matters.  And I was able to make an acronym of the word LEADER, of what a leader must posses and must be.

"The boy who is going to make a great man must not make up his mind merely to overcome a thousand obstacles, but to win in spite of a thousand repulses and defeats."  Theodore Roosevelt, 27th President of the USA


Posted by Micmic Golez at 9:58 AM No comments: