The Thrill of SFAS Sportsfest 2012

The high school students of St. Francis of Assisi School of Silay City has just concluded its Sportsfest held last January 30-February 2, 2012. The 4-day sports activity kept the students busy even with less of the minor games this academic year.

Games were played simultaneously every day as each year level had to compete with the other in basketball, volleyball, soccer and football. On the last day of the events, the momentum was on the rise that reactions were taken from the students, either as a participant or a spectator. 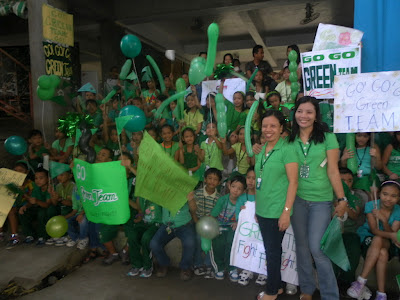 This is the first time I have enjoyed sports in school. The cheering was fun and even as green horns, I believe we could win the soccer game for the girls.

This year, I realized I could be a swift player in basketball. It is a game I used to play before but the competition this year has made me become a team player. 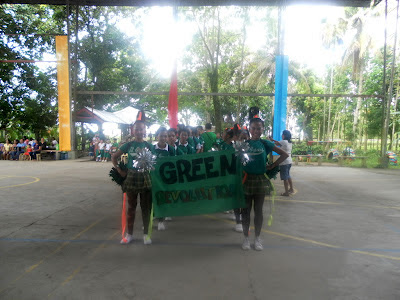 I enjoyed the basketball and volleyball games. The shouting made me feel the competition between 2 teams. I found out that HONESTY, even in games counts much. 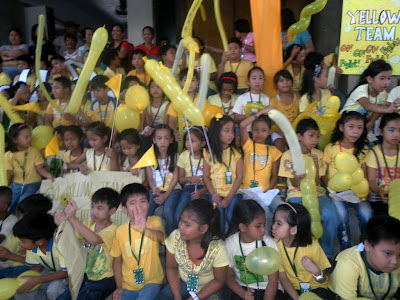 Everybody seems to enjoy the games. The basketball , volleyball, and soccer games are always audience-packed.

It is tiring but enjoyable. Everyone is given the chance to participate in the games, that really makes the difference this year!

Alertness! It’s what every student of SFAS has. There is the obvious support for each other.

Despite the rains, the students still had focus towards the games. One thing I learned, I have become open-minded in dealing with opponents. 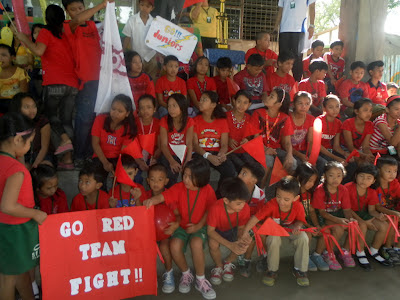 I always look forward to the games between the Juniors and the Seniors ... the free days from lecture and classroom work are replaced by the yells and the fun during the games.

There is pressure in the games. The results are unpredictable because the freshmen and the sophomores are also trying their beat the higher batches. 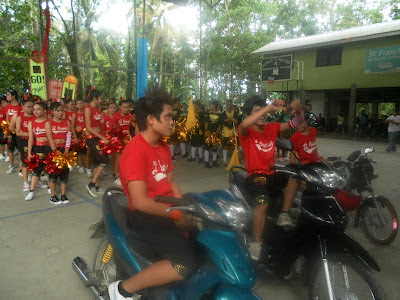 Competition is tight. I just find the schedule hectic because there is another game after the other. A player needs to have more energy than usual during our Sports fest.

I see the unity, cooperation and team work among players and the competing teams.

And the BLUE TIGERS say:

The cheering competition is the best so far because from it you could feel the Sportsfest fever. It is what I look forward to every year.

The ballgames are pressure-filled but I miss the chess competition. I wanted to be part of the chess team. 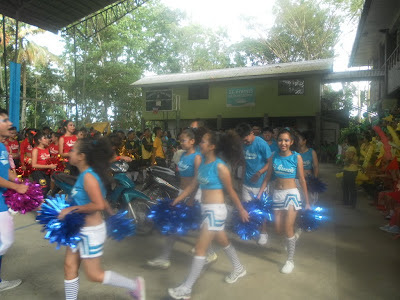 Confidence works because the games are competitive. One learns it, gains it when the batch mates cheer and make victory signs..so I am able to say, YES! I did it!

Having reached the 4th year in this school, I could say that my batch mates have earned that trademark of being strongly united and being such a strong team. Since 1st year, our batch has showed potentials of being champions. We are proving it again this year.

Truly sometimes it is not the competition that makes the endpoint of every sports event but the THRILL of getting that single point to get the gold and the big Winner sign after every game. Moreover, the effort of having one aim, one team is what matters the most to every student. SFAS celebrates that spirit of BEING ONE each time it holds the SPORTSFEST.
Posted by Micmic Golez at 10:08 AM No comments: