The SFAS Daycare Kids Learn Beyond the Classroom

Last August 27, 2013, the SFAS Daycare children, headed by Mrs. Maricel Navigar, earned a chance to learn beyond the classroom. They embarked on a day trip, funded by their donors (of Tapulanga Foundation), to the Capitol Lagoon and Robinson’s Place. 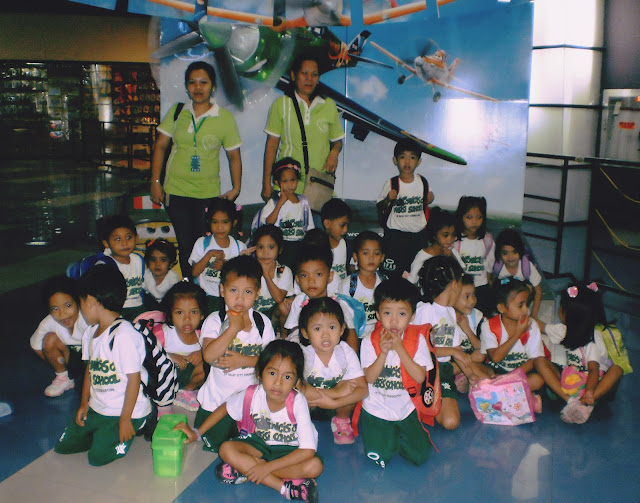 The kids were supervised by two teachers and three parents throughout the field trip.

The Capitol Park and Lagoon, a major landmark of Bacolod City, sits at the heart of the city. The kids got to see the fish, the famous carabao (water buffalo) sculptures, and the Capitol Building itself.

After lunch, they headed off to the mall. Here, most of the kids, who didn’t know what an elevator or an escalator was, had their first ride.

The kids also had their first cinema experience with the Disney-Pixar film Planes.

Mrs. Navigar believes that kids do not easily forget things they learn through real things and experience. This notion, she says, was the main purpose of the field trip.
Posted by Micmic Golez at 10:23 AM No comments: