Every year SFAS students (Grades 4 – 10) are given the chance to choose their own club to join with aligning their passion. Club meetings are held once a month for about one and a half hour with its goal to enhance the talents, skills, social and personality development of its member. There are 16 clubs for this school year.

HOMEMAKERS CLUB
Last October 19, the club went to GREENOS at 6th Lacson St., Bacolod City and got the chance to observed the process of making a pizza. 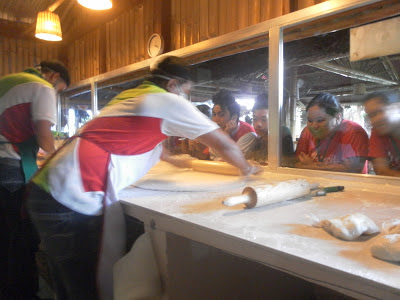 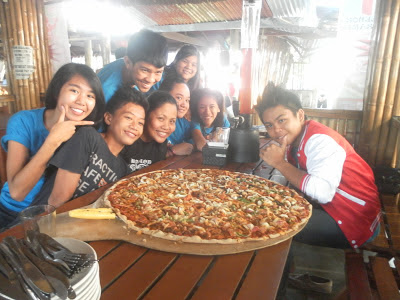 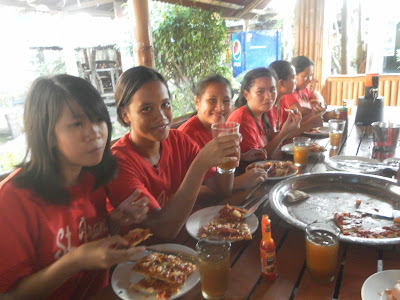 “Learning cannot just be found in the four walls of a classroom and having a field trip in a new place is fun especially in Greenos because you can see how they cook the pizza. And it was our first time to see it. “ -    Pryle Saluta, member

OUTREACH CLUB
The club members did storytelling and played games with the children of the Day Care Center at Dunca-an, Silay City. 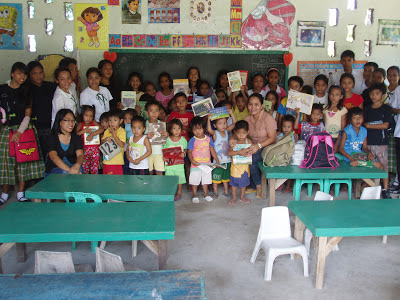 “I’ve learned to share what I have and I realize that many children needed our help. It is a nice feeling and it feels good to know that you have helped and make someone happy.”  - Thalea Segaya, member 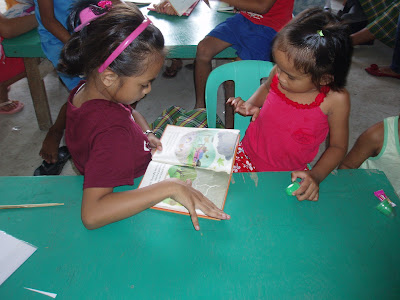 “There are poor little children who need our help. Learn to share the blessings that God gave us.”  - Oliver Boiser, member

BOOK LOVERS CLUB
A true spirit of bayanihan was rendered by the club at Bayanihan Library of Silay City last October 19, 2012.  The members helped Mr. Gregorio Legarde, the librarian, in arranging and classifying books inside this newly established library of the city. 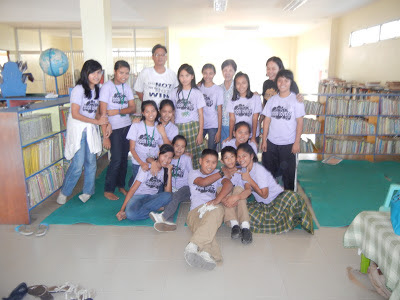 “I learned to arrange books. We separated them according to their genre."  -    Kenneth Marco, member 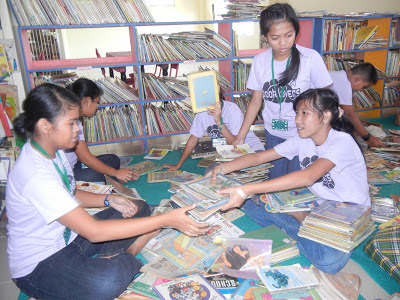 “It’s not easy to be a librarian of a big library because it’s hard to arrange the books that were not put in their proper places. So we students/borrowers must return the books properly."  - Rorine Demegillo, member


Posted by Micmic Golez at 9:00 PM No comments:

Forty-eight years is a major milestone for a school like St. Francis of Assisi School of Silay City Foundation, Inc. and the school had a two-day celebration! 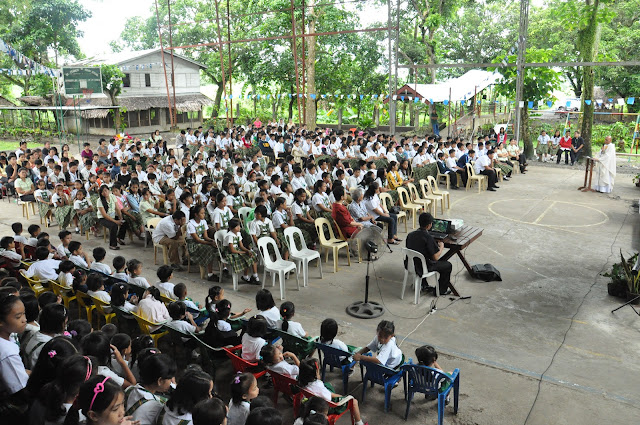 The first celebration was held last October 4, 2012.   It was a day of remembering its patron saint, St. Francis of Assisi, as it was his feast day, and, likewise, celebrating the 97th birthday of the founder, Mrs. Marieta Locsin-Ledesma, whose example of simplicity and generosity continues to inspire many today. A thanksgiving mass, blessing of pets some students brought and contests like portrait-making and a quiz bee about the life of St. Francis of Assisi and the late Mrs.  Ledesma were held to remind the students of the life of simplicity and prayer which both shared. 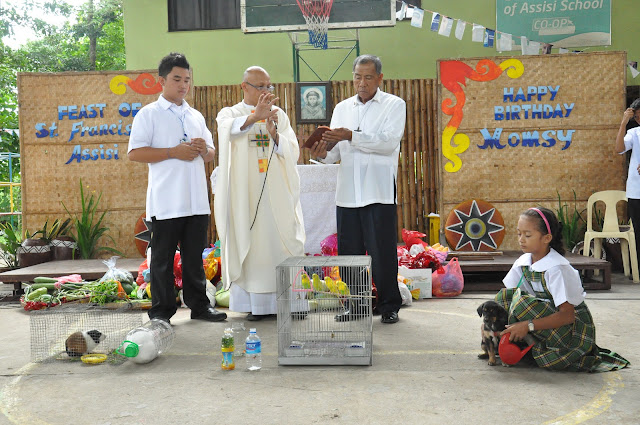 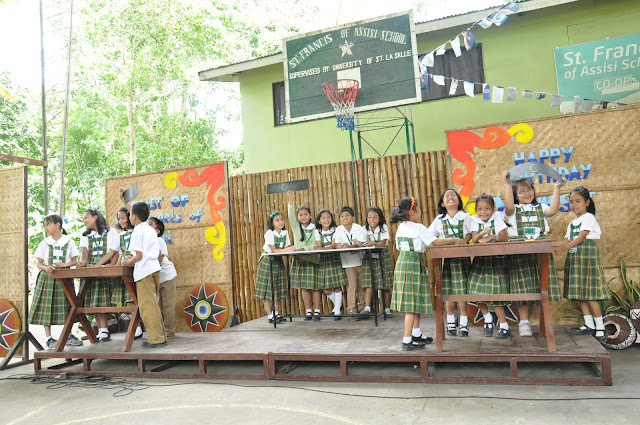 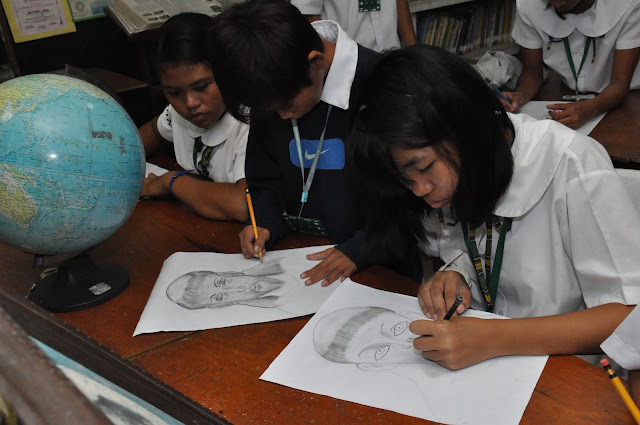 Inspired by its theme “Save Mother Earth and Live a Life in Simplicity and Prayer,”  the 48th Foundation Day was the second celebration held in October 7, 2012.  Amazing colors, creative costumes and enthusiastic dancers (even if the grounds were muddy due to rain previous day) during the field demonstration highlighted the morning festivities.  The groups who showcased the Kadayawan Festival (Grades 7 and 9) and the Pinta Flores Festival (Grades 8 and 10) won the dance contest against other groups:  the Hugyaw Kansilay, the Panagbenga Festival and the Masskara Festival. 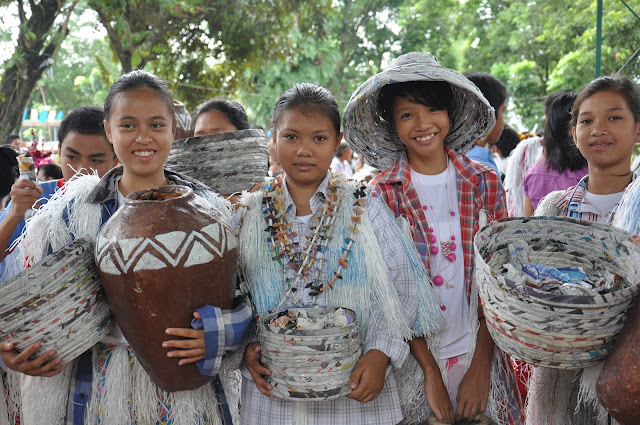 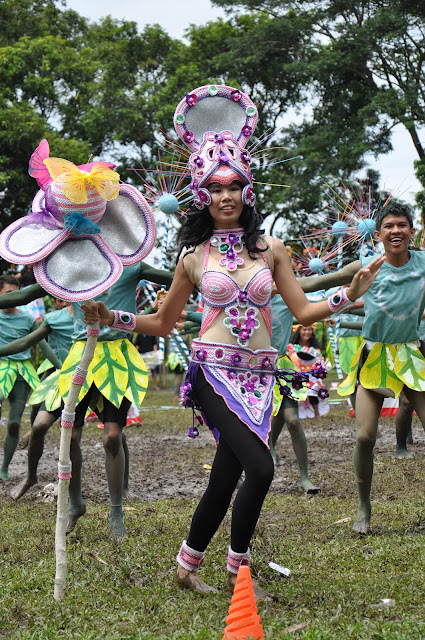 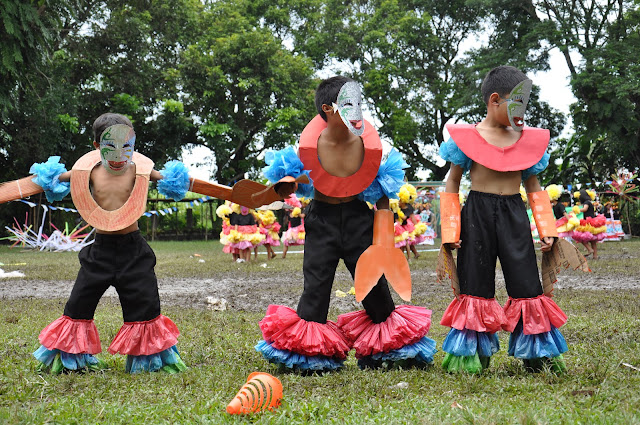 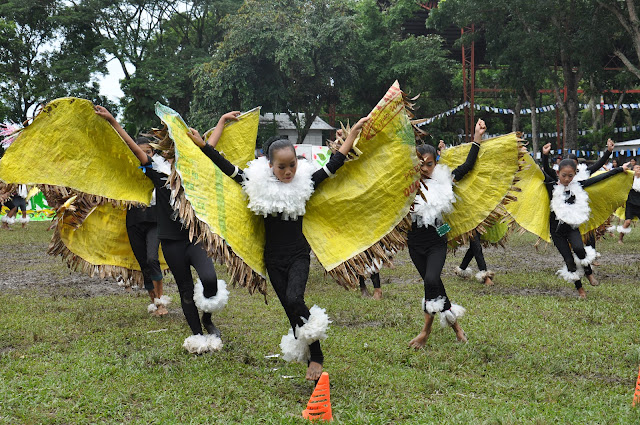 Also the alumni who have graduated in 1988 and 1998 (celebrating their 25th and 15th year) hosted an Alumni lunch and it was a time to be refreshed with the opportunity of bonding, reminiscing and laughter among former classmates. 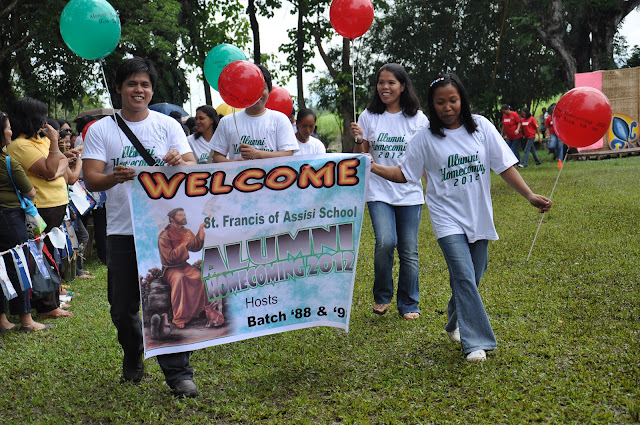 In the afternoon, the families had their fun in different events like the volleyball tournament versus the faculty and staff of SFAS, vocal solo and dance contests. And the awaited part was the Raffle Bonanza draw that was sponsored by the Parents Council Association. 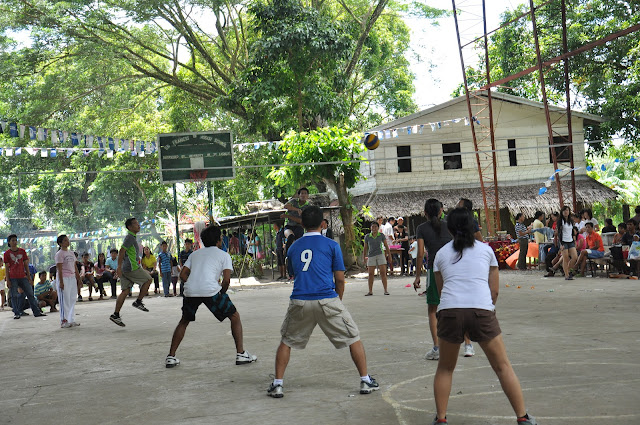 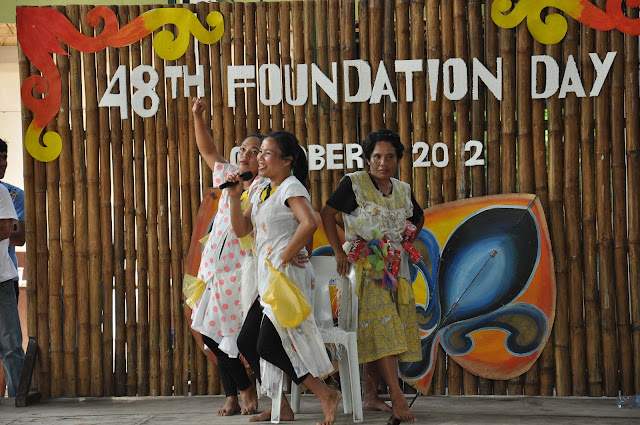 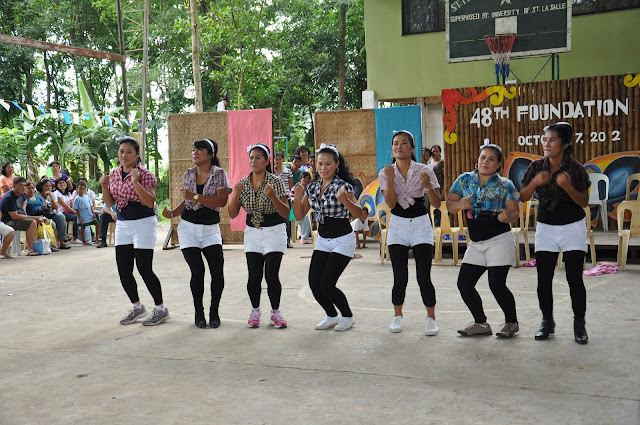 The two special days were truly successful celebrations again ... thanks to the spirits of St. Francis of Assisi and Mrs. Marieta Ledesma, as they continue to stay alive among the students, faculty and staff, administration, parents and alumni of SFAS!

Posted by Micmic Golez at 2:05 PM No comments: