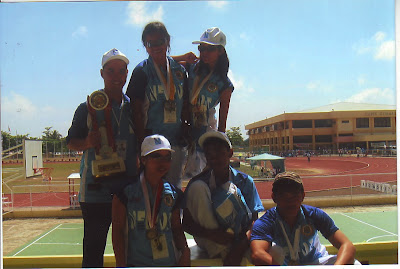 WELCOME HOME to our very own ARCHERS!!!
Paul John Diaz and Andrew Antolo!

Goodluck to the three girls as they will represent Region VI
in the Palarong Pambansa (Nationals) next month in Leyte. 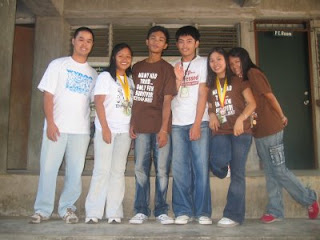 Posted by Micmic Golez at 8:08 PM No comments:

Excitement struck me the first time I was told that we would be attending the First National Youth Business Camp in Baguio City on Feb. 15-17, 2009. With only eight schools who responded to the seminar, we are lucky to be part of the 156 student leaders who participated in the memorable event. Though only two days was spent in the camp, we still learned a lot, not just from the talks but also from the interactions we’ve done and from the cooperation we’ve shared with out fellow students.

One of the things I would never forget while we were in the camp was the participation our group showed during the planning of our business proposal. There I saw the teamwork, though we really had a hard time at first because we were unknown to each other. But still, we had a great time and we have great values learned which could be used in our everyday lives, and for our future, when we would be called ENTREPRENEURS. by Jeremy Deogracias, 3rd year student 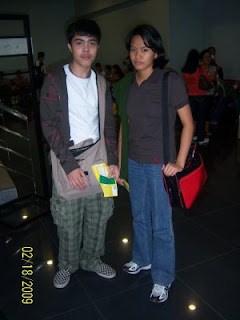 I was very nervous when we were called by Ms. Melit because I thought I’d done something wrong. After Ms. Melit told us that Jeremy and I will go to Baguio, I thought I was dreaming because for me it’s kind of a weird thing to happen on just a very simple day. When we were riding the plane to Manila, I also felt that it was not real that I am in a plane. At Baguio, the air was colder and the climate is not hot. During the talks and the sessions, some topics were somehow familiar but most were new to me. I liked the talks of the successful entrepreneurs. I learned lots of new things in making a business plan. The last thing that I will never forget was when Jeremy and I reported the business plan. by Mikhail Misha Cervantes, 3rd year student

Ask and You Shall Receive! 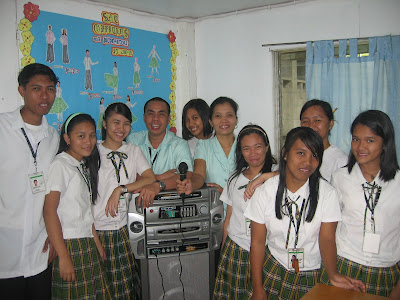 A Once in a Lifetime Opportunity! 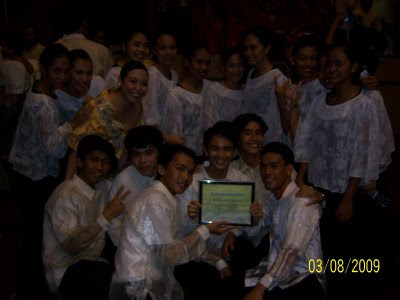 I watched with pride as our very own SFAS Chorale members sang with the Philippine Madrigal Singers and 9 other chorale groups in Negros Occidental last March 8, 2009 at the USLS Coliseum, Bacolod City! This was made possible thru the Sing Philippines (Choral Education & Festival: Visayas Leg) program. The ten chorale groups underwent a 3-day worshop in January 2009. (Do visit our photo and video gallery at www.sfas.tapulanga.org and www.tapulanga.org for more photos and video coverage of the concert.)
Posted by Micmic Golez at 4:12 PM No comments: